Autopsy of a Failed Growth Hack

This is a cautionary tale on what can happen when growth hackers focus too much on user acquisition. At the start of this year professional networking company BranchOut had 1 million monthly active users (MAU). In just 5 short months they had skyrocketed to over 14 million MAU. It looked like they had hit their inflection point; investors started jockeying for their piece of what looked to be the breakout hit of 2012 [1].  Then just a couple months later, things turned sour when monthly active numbers cratered to just 2 million MAU. 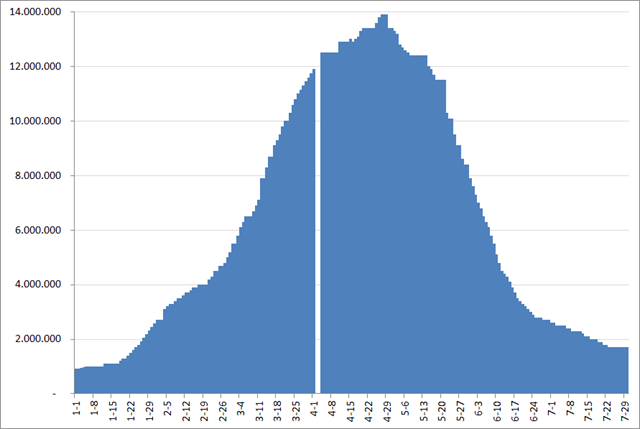 What happened? During the first 5 months BranchOut acquired new users in droves. They did this by first incentivizing users to invite as many friends as possible and then showing invite prompts that preselected all the user’s friends. The only two options were to invite everyone or invite no one at all. This mechanism was so effective that within a few months the BranchOut invites had reached hundreds of millions of Facebook users.  However, as BranchOut began to saturate Facebook with invites, the effectiveness of invites dropped precipitously. Invites were no longer reaching people who had never heard about BranchOut, but instead were reaching people who had already received several invites already and did not find them interesting.

Even after exhausting the invite channel, BranchOut would have been in good shape if the users they acquired during that 5-month period stuck around and used the app on a regular basis. Unfortunately for BranchOut, many of the user’s they gained during that period checked out the app once, didn’t see anything that interested them, and they never came back. BranchOut had been very successful at driving new users, but they had a difficult time holding on to them. All the effort on new user acquisition was wasted since they had been pouring water into a leaky bucket.

This story is not unique. SocialCam is now sitting at 4MM MAU, down from a high of 83MM MAU earlier this year. Viddy is at less than a million MAUs, down from 20MM MAUs earlier this year. What all these companies have in common is they spammed Facebook through various mechanisms to acquire hordes of users, but were not able to get them hooked once they were in the service. This myopic focus on simply driving as many new users as possible to the app leads to a flash in a pan style growth rather than sustainable long term growth. User acquisition is only one aspect of driving growth.

What can be learned from this? 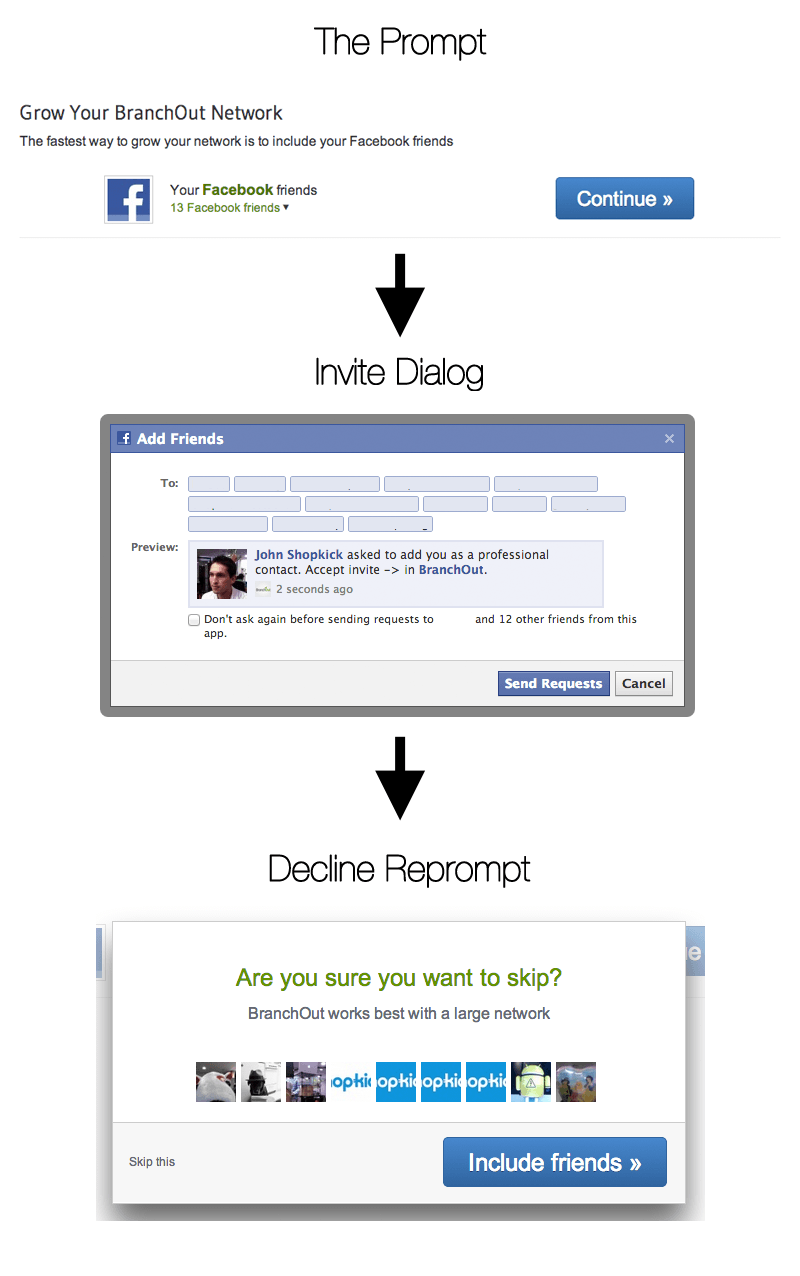 P.S. andrewchen has a more technical writeup of what happens when you drive growth, but have low retention here. Also, Nir Eyal has an interesting article on his theory of how to use DAU & MAU to determine if you are providing users enough value here.