For the last few years, it has become a widely promoted industry best practice to have pre-prompts for iOS’s push notification permission. This advice first originated from this 2014 blog post by a small startup called Cluster, which got picked up by TechCrunch at the time. Since then, it seems like every mobile analytics company has written a blog post repeating this advice: Localytics, Braze (formerly AppBoy), Optimizely, CleverTap, UrbanAirship, and the list goes on. The only problem is that, at least when it comes to push notification permissions, this advice is flat out wrong. 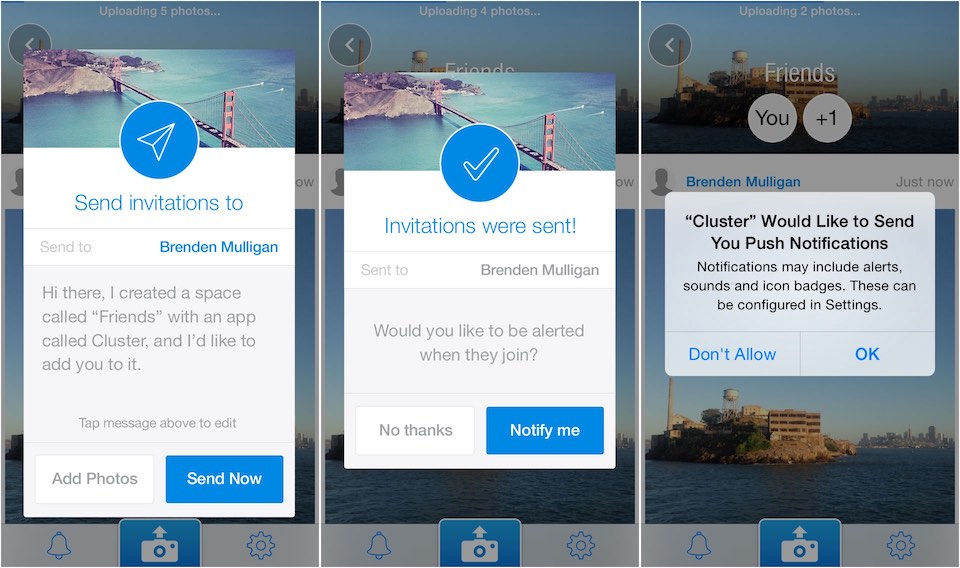 For those who aren’t familiar with the problem, you only get one shot when you pop up the system permission dialog for the push notification permission on iOS. If the user declines to give you the push permission, you cannot send them a re-prompt ever again. The theory behind pre-prompts is that you use pre-prompts to hold off showing the system permission dialog until the user is primed to accept. While this all makes complete sense in theory, it falls apart in practice.

For the past 4 years, I’ve worked on the Emails and Notifications team at Pinterest. During that time, we’ve tried more than a half-dozen different attempts at using pre-prompts to improve our opt-ins on push notifications. We’ve not only experimented on iOS but have also experimented on the permission prompts for browser notifications as well (Chrome, Firefox, Safari, etc.) The attempts have ranged from very simple pre-prompts with multiple re-prompts to complex flows to try and prompt users at a time where they could understand contextually why they should turn on push notifications. At my previous company, Shopkick, we even tried more “growth hacky” type approaches like putting a pulsar underneath the “allow” button to not so subtly suggest which button they should click. Even though all these experiments took different approaches, different framing, and different designs, none of them were successful. Every single one of these experiments showed a drop in engagement metrics across the board when compared to just popping up the system prompt.

In spite of all these experiments, I thought maybe we were just getting something wrong. Maybe there was something we were missing? I went and talked to other people working on push notifications at scale to find out. I’ve met with people working on notifications at a social network company based in Menlo Park, a music streaming company, a professional social network, and many more. When I talked to people at these companies working on notifications at scale, they all told me the same thing. They had all tried pre-prompts (and often had tried several iterations), but they had never found anything that beat just popping up the system permission dialog.

Pre-prompts aren’t all bad. I’ve seen them work for other permissions like photos or microphone. However, when it comes to push notifications, users make up their mind based on the category your app is in and there is little you can do to sway it. So, don’t put users through the hassle of two prompts just to turn on notifications, or even worse, put them through a pre-prompt and multiple re-prompts when they don’t want notifications. Just pop up the system dialog and get it over with. 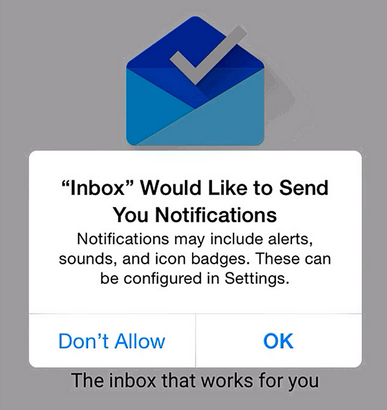 P.S. If you’ve had success at scale with pre-prompts for the push notification permission, reach out to me at [email protected]. I’d love to hear about your experience.